Well I’m back because I was super excited to tell you internet about this awesome new part of Adobe.
It’s called Adobe Capture and you basically use it on a mobile device or tablet and sync it with different Adobe programs such as Photoshop or Illustrator.

I found about Adobe Capture the other day when I had the chance to go to one of the Adobe offices in San Francisco, they let us play with Adobe Capture that day and at the end we were able to print stickers from what we doodled around and such, it was awesome. 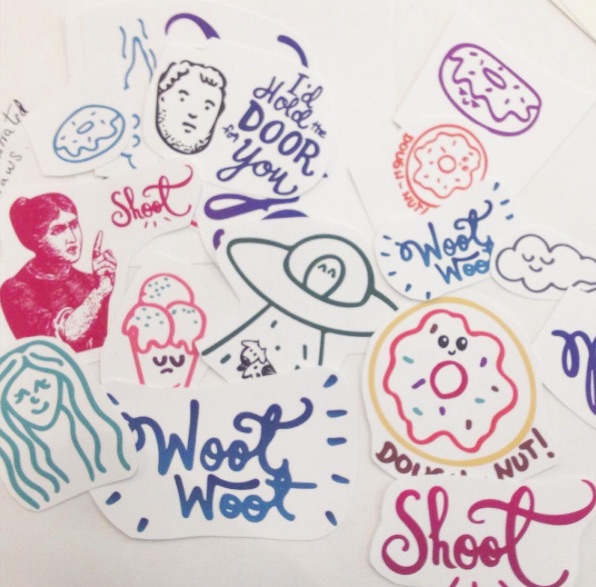 I have used mainly the “Shapes” aspect of it and also tried the “brushes” area. Shapes basically allows you to capture with your device camera any shape from drawings and such, I look forward to trying people next, so we’ll see how that goes :P

Allow me to walk you through the process, quickly!

This is one of the original doodles I wanted to capture 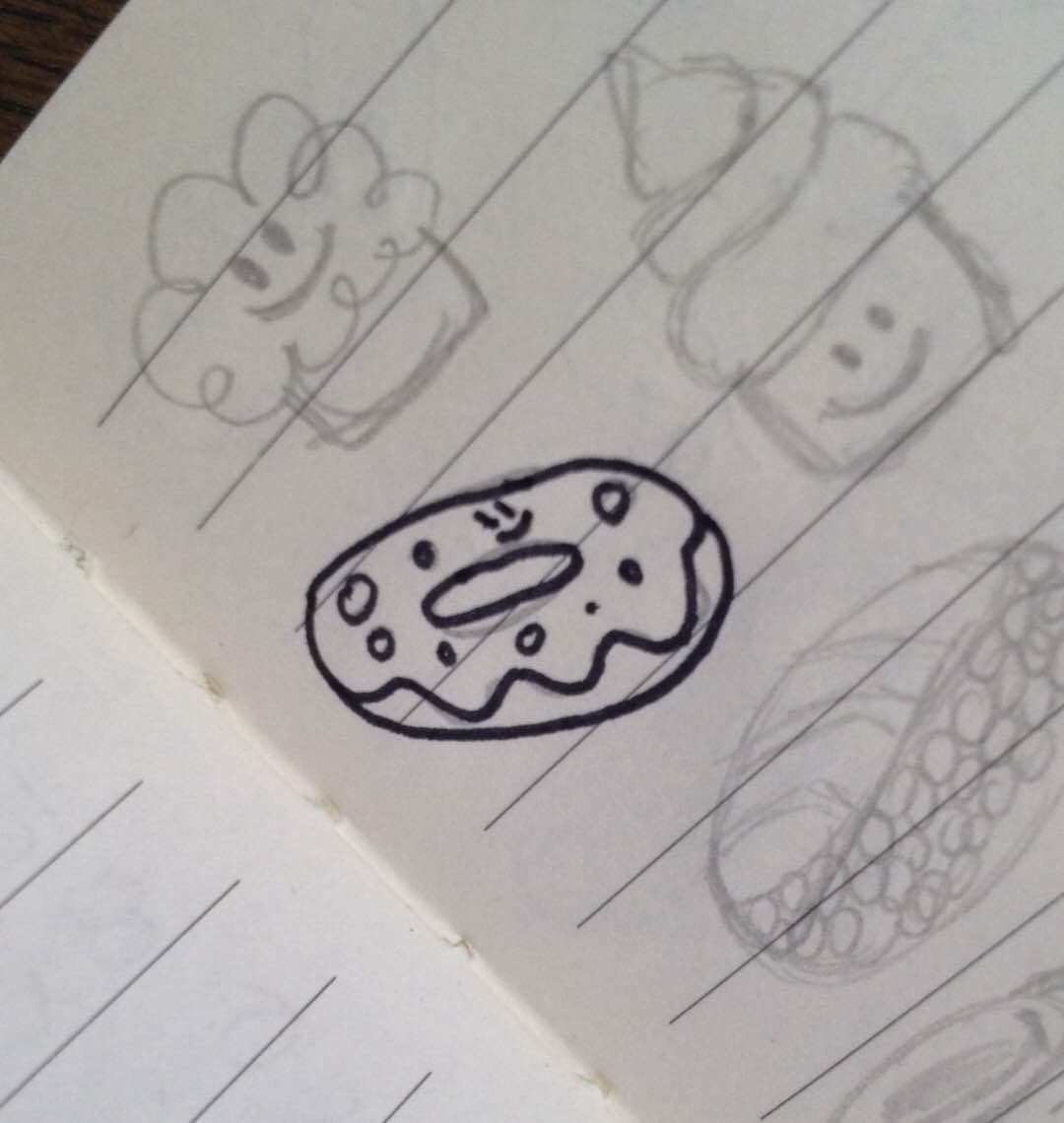 Here you capture it, you can inverse the way you see things, but I find it easier the original way, you use the little bar for getting more or less details and capture it as if you were taking a picture 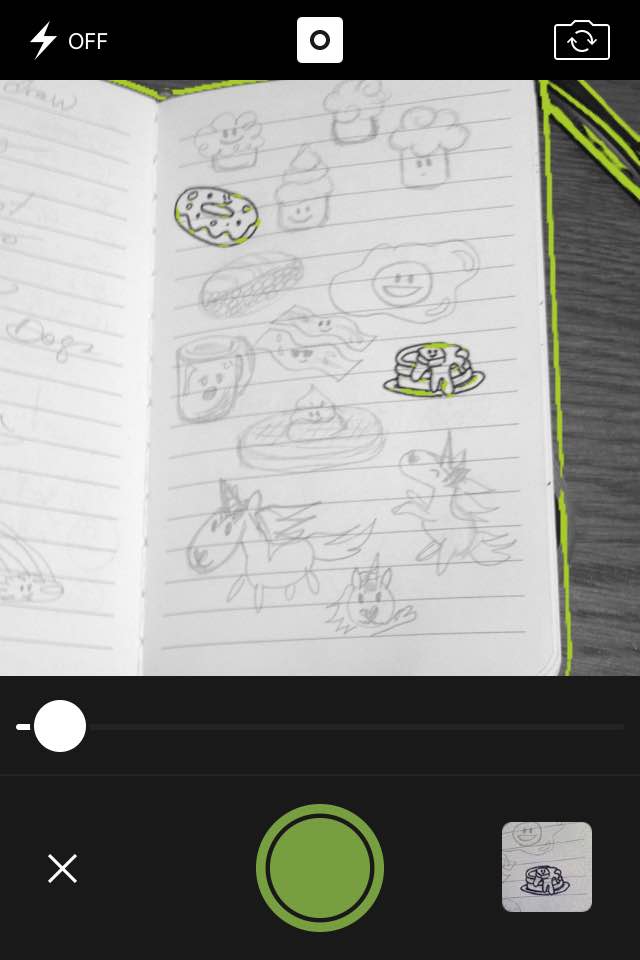 After that you get to a preview screen not shown but that looks very similar to this one, there you’ll erase what you don’t like/need and save it and then you see this screen where you name your shape before saving. 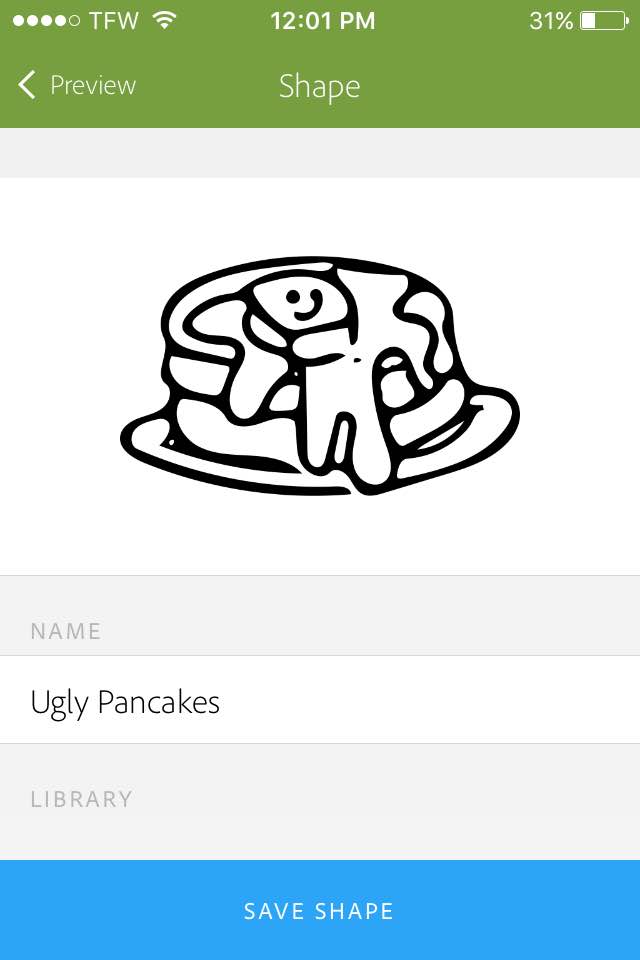 After it’s saved, basically you can use your shape in any illustrator file.
With brushes you can save them to either Photoshop or illustrator.

This is what I did as an example for here, I dragged them into an illustrator file and then onto photoshop for quick painting of the pancakes, but basically they are vectors.

Why I like Adobe Capture:
Because it is basically a feature I have imagined and dreamed of all my life, although I have a wacom tablet, illustrating my silly doodles is so much easier when I can do them on paper, so being able to capture them so easily with Adobe capture is the best thing ever.

Have you tried Adobe Capture? If so what did you like about it?
Tell me in the comments :)

Until next time <3 Mary