Pheeeew, it’s been a while and the year is fastly approaching to the end but :D I found one more awesome thing for UX folks, you probably even have heard of it but if you haven’t feel free to check it out. 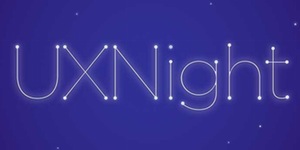 The UX Night Organized by Andi from Cascade SF (on meetups.com)

So in brief, UX Night is basically a night of each month (sometimes 2 nights in the same month) where you get to visit one pretty cool office space from one of the sponsors and there’s a talk or 2 (the topic changes continuously) It’s a bit similar to the Creative mornings but directed at designers mostly.

What’s cool about it?
Some nights include mentoring from experienced industry designers which can help you with advice on career stuff, a current project, etc.

So yeah, the next UX night is on October 21st and you can still get tickets here